The Frenzy: Incurring Problems To Be Social Media Famous

by Adeola Ademokoya
in Lifestyle 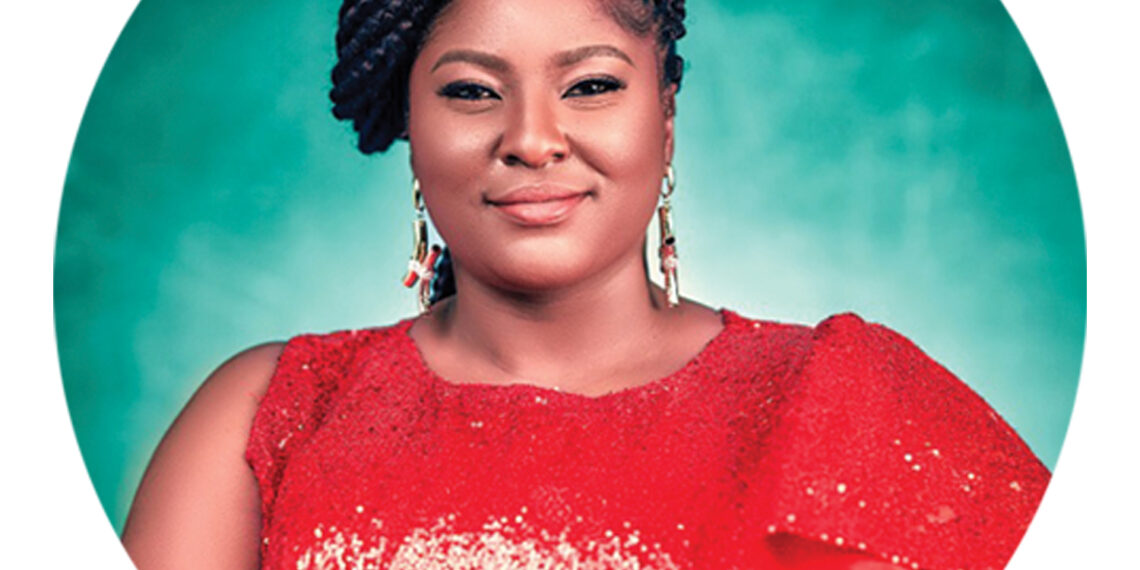 “Our attention spans have been reduced by the immediate gratification provided by smartphones and social media.” – Katherine Ryan

Social media, the friendly foe of all who dive into it, because the surface looks peaceful yet troubled deep waters lurk with monsters and demons without properly understanding its depths. Think of it as taking a nose-dive into the ocean thinking the monsters are in another part but diving right into the mouth of the kraken; unfortunately for you, you only see the kraken’s mouth after plunging into the last depths of your imagination. Scary huh? Well, that is what social media has unfortunately become. Gone are the days when people took instant gratification from close friends, loved ones or themselves; now strangers validate your entire existence, either making or breaking you at a whim. People are doing the absolute most to be accepted by the unknown minds of the internet who take pleasure in instigating, bullying, and giving wrong and dangerous advice while covering it up with charisma laced as intellect and care.

Ah, I know I sound upset; honestly, I am because of the unrelenting danger it provokes in people, especially young minds who have no emotional self-support system to serve as guides. Way too many lives have been lost due to the frenzy of being social media famous at any cost.

On today’s episode of dealing with Dee’s thoughts and opinions, we shall be taking a look at the mad frenzy of being social media famous at the risk of being arrested, killed, breaking laws and being made an absolute mockery of simply for likes and notice.

“Social media has given us this idea that we should all have a posse of friends when, in reality, if we have one or two really good friends, we are lucky.”

Like the quote rightly says, no one wants to tell themselves that not everyone is their friend. Growing up, my dad would always correct me when I call someone a friend. I never understood it and it would really upset me because I felt like: how can he dictate who my friends are? That’s not right. He would always use terms like acquaintance, colleague, classmate, etc. Obviously as a kid I never understood the need to separate them; as an adult now I do, even more so since the boom of social media and its mind-blowing ability to connect people beyond borders simply by a click of a button. Amazing, huh! Yeah, so why the frenzy to be so popular you would risk your life?

Let’s get to it then. Remember ‘Jackass’ the MTV show of the 90’s where these men played the most horrendous pranks where they were physically harmed for public entertainment; the harder and more dangerous the prank or stunt the more ratings and popularity they got? Or remember ‘Punkd’ by Ashton Kutcher, where unsuspecting celebrities were put through the emotional ropes exposing their most vulnerable and volatile sides. Or ‘Fear Factor’ where money was won by putting oneself, emotions, mental state and sometimes physical being in coordinated danger, all in the name of overcoming your fear as a public spectacle for ratings and fifteen minutes of fame. ‘Bondi Rescue’, ‘Prank Encounters’, ‘Scare Tactics’, ‘The Jamie Kennedy Experiment’, ‘Hillbillies For Hire’, etc., the list is endless.

Were they probably scripted? Yes, but were they showcasing the eventual fuel for social media through dangerous and outlandish antics that will plunge the world into an unending spinning web of fear, danger and chaos through entertainment? Absolutely. The current antics on social media are not new honestly, hence solely blaming the internet does not have merit. From the days of kings, courts and jesters, playing the fool for coins are ancient forms of entertainment that have now taken a more downward spiral tone or life of their own. Let’s not forget there are things that cannot be controlled, and as much as I want to blame the evolution of social media …I would instead like to pose a question to those who use the application in such ways: Do you not have any self control? Is your need for self-preservation so far gone that burning houses, killing, and incurring unearthly debit is much more important than you as the person? Hey, trust me, I definitely like money just like the next person (sometimes probably more) but regardless of how much, I must still ask myself: “Is my life worth the money and the fame?”

“I feel social media can be very distracting, unhealthy and harmful to one’s self-confidence. I don’t even log on to it on my phone except when I post something on Instagram.” – Rupi Kaur

With people of today’s world being more prone to mental health disorders, psychotic breaks and unnerving meltdowns, many still flock to social media to join the troupe and here is why: because sometimes madness is marketable as well as more eye-catching than steadiness of sanity. People fuel mental health problems for me…simply because watching someone else’s problems for just a little bit can help you forget about the impending or ongoing chaos in your life. It becomes the serotine you need to get through the day; it triggers the dopamine in your head as well as the delicious adrenaline spike you get through this irrational negative take. You start to get addicted, more aggressive, more prone to instigating violence or looking for where violence or mockery is…the natural human doping is way stronger than the man-made ones.

Look, I know it’s not everyone that seeks violence on the web. Some seek education, some seek advice, some seek sex partners, some seek spouses, many use it in the best way that works for them. Trust me, I am one of those people (lol without the sex though). I use it as a means of escape, as a means to educate myself on cultures and heritage, immersing myself in cultural tantric music, eyeing the fine wonders of cut-chiseled art amongst Asians, as well as getting news and information about the ongoing issues that various countries face.

Below are some of the negative effects of social media frenzy:

FOMO – the fear of missing out

Now, I will be wrong to solely blame people’s unreasonable need for social media fame on the web. As much as it puts it in people, it unfortunately also triggers dormant or already existing mental health disorders. Too many people these days regrettably lose it due to the need for unhealthy speed in their rise to fame. It is already unfair that people destroy their bodies due to feeling pressed, oppressed or peppered by the lives of social media influencers and celebrities; now their minds face destruction, too.

As someone who works in and with the media on all platforms and creates content targeted to inspire or motivate, I will admit that when using or talking about social media and its insane frenzy in the bid for success, I must admit it is a love-hate relationship.

On one hand I truly see the benefits of social media – the empowerment, the growth, the connectivity and so much more, but the underbelly in regards to it is so scary that half of the time staying on it does ruin my mental health, especially when I am already stressed beyond my usual capacity. It saddens me to see how negatively far people will go for the price of fame simply because the wrong perception tells you that the ‘badder’ or meaner you are, or a better liar you are, the more likes, views and fame you will get. I am tired of hearing horrible stories about suicides due to cyberbullying, suicides due to low self-esteem simply because you couldn’t be like others. I am tired of people being disgraced over lying about finances, health, situations, or lying and damaging someone’s reputation online simply because you were triggered.

You learn the hard way. That’s the thing with social media. Nobody knows what they’re doing.

My dad always says that we may be living openly in this era but that openness definitely comes with a cost, and that cost is someone’s life. I sincerely hope it will never come to mourning you or a loved one due to the frenzy and need for speed in regards to fame. Take care of your mind, take care of your body, be mindful of what you post, be mindful of what you immerse yourself if. 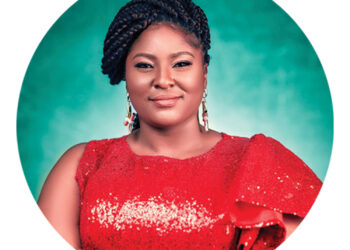 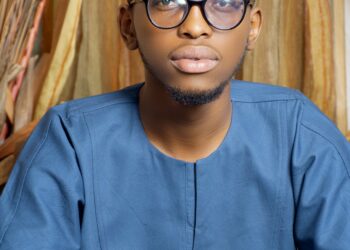 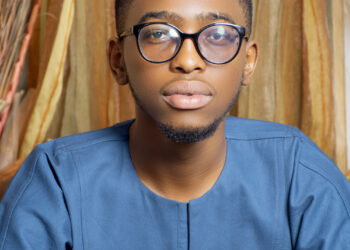 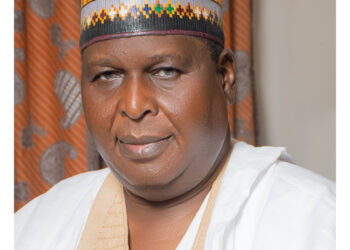 What Drives Me Is Passion For Nigeria – Otunba Olusegun Runsewe

How Patriotic are Nigerians? 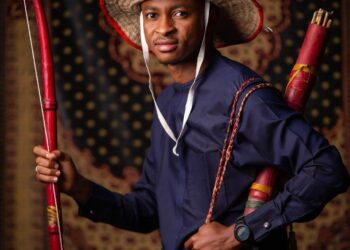